Which units will be a part of your WAAAGH? 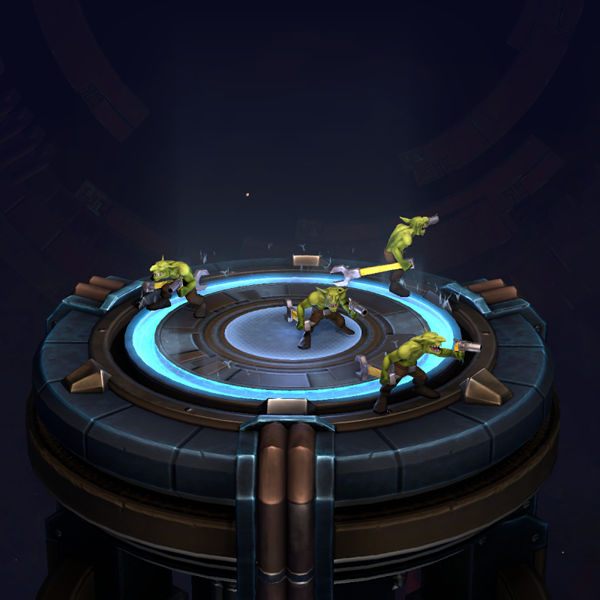 These tiny grunts are the least capable warriors of the Ork species, causing commanders to use them as builder infantry units. Armed with Choppas and the occasional gun (if they can afford it), the Gretchin’s main use on the battlefield is to repair damaged structures and vehicles. While they’re not particularly fearsome, these grunts are resourceful, able to use their Loot ability to produce new units from salvage littered across the battlefield.

Boyz are the Ork’s grunts. Armed with Sluggas and Choppas, these melee infantry can charge nearby squads, slowing them down through brute force. Known for their savagery and lack of intelligence, these close quarter soldiers spur on their allies with crude shouts, granting them temporary bonuses in battle. Boyz can loot scrap in the field, bashing together makeshift armour and becoming so-called ‘Ard Boyz. 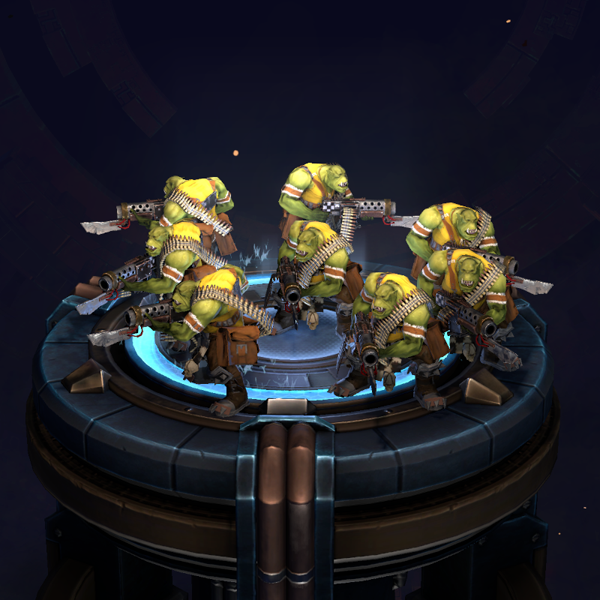 Simply Boyz with guns, these Orks are the army’s primary ranged infantry. Armed with the crude but effective Shoota, these units aren’t the most accurate but more than make up for it with volume of fire and sheer damage output. Shoota Boyz are also fairly resourceful, being able to loot scrap to create their own grenades, inflicting knockback on foes as well as significant damage. 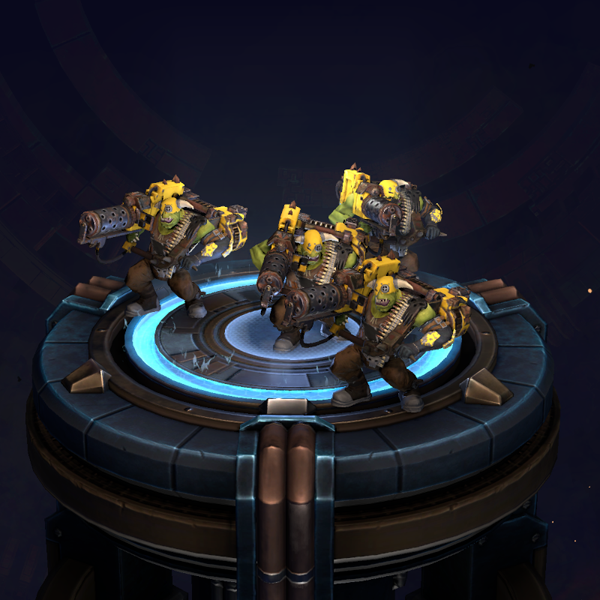 Known as the most cunning of the Orks, Lootas are scavengers who spend their time plundering the battlefield, even occasionally stealing from their fellow Orks. Renowned for wielding giant heavy weaponry known as Deffguns, these infantry units deal great damage to any foes standing in a line in-front of them. Largely used to shred enemy squads from a distance, their Loot ability enables them to inflict slow on enemies with their ranged attack. 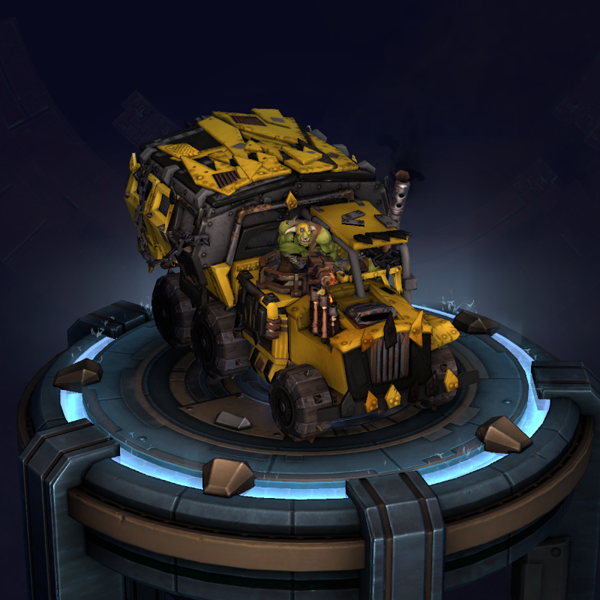 The Orks go-to troop transport vehicle, these raggedy Trukks are often rammed with as many Orks as can be squeezed onto them. Orks are exhilarated by travelling at speed, and will enthusiastically jump out of moving Trukks. This allows commanders to launch bloodthirsty Orks into enemy squads, inflicting stun. These odd looking vehicles are a welcome sight for Ork armies, often helping commanders reinforce nearby squads. While they are mounted with a Big Shoota, their armour is weak. Thankfully, their Loot ability allows them to gain a temporary Shield. 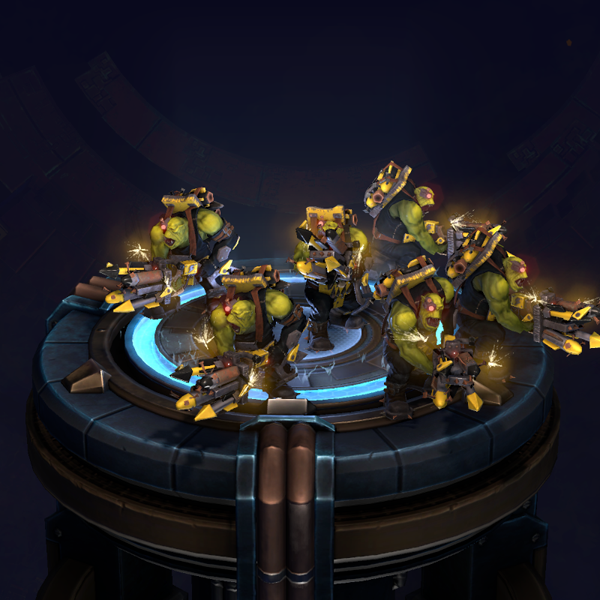 Having experienced the immense thrill of annihilating enemy armour, Tankbustas now live for nothing else. Armed with a huge Rokkit Launcha, these ranged anti-vehicle infantry can bring down any enemy vehicle and deal bonus damage to Skimmers. Fueled by their love of big explosions, their Loot ability allows them to strap a bomb to their very own pet squig. Sending the beast charging towards the enemy, its inevitable explosion will cause major damage to those unlucky enough to be caught in its wake. 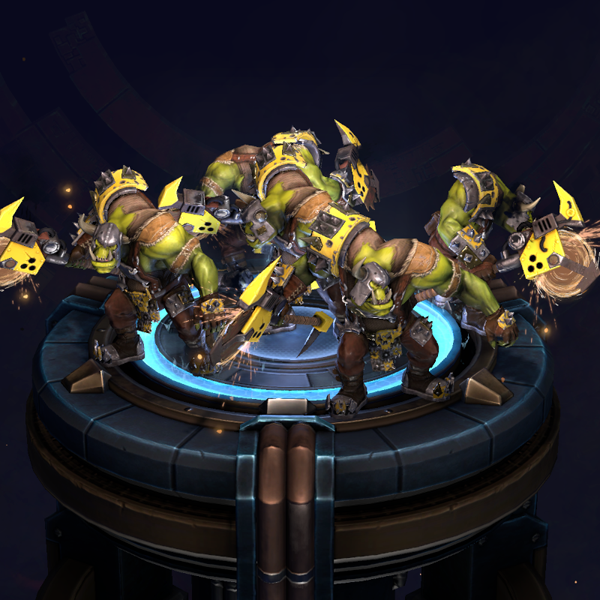 Nobz are the Ork’s close quarters heavy infantry units. Bigger and stronger than most of their other Ork counterparts, these hulking brutes are a force to be reckoned with. Bold and brave, these vicious soldiers are completely fearless, allowing them to taunt nearby enemies and charge head first into a nearby squad – Slowing foes with their terrifying presence. Using their Loot ability, these dangerous warriors can throw a Choppa blade at their target – temporarily immobilizing them. 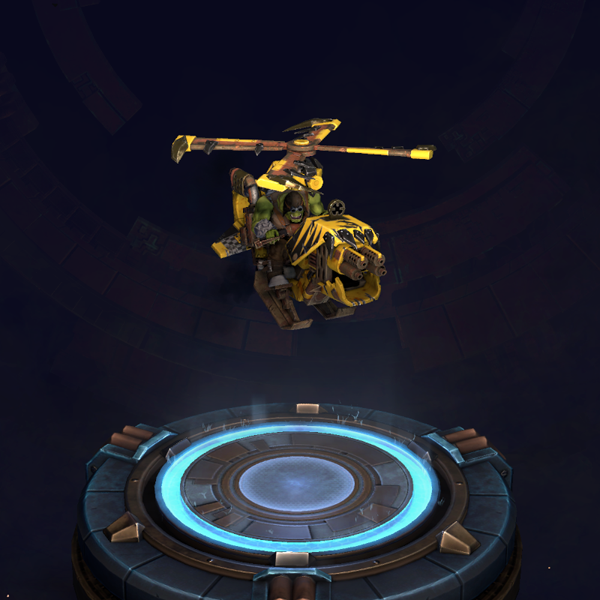 Piloted by speed-crazed Flyboyz, Deffkoptas are the Orks ramshackle aerial assault vehicles. These ranged skimmer units are flimsily built, trading protection for blistering speed. The pilots of these rotary contraptions often rain down scattershot fire from the sky. By looting scrap Flyboyz can even add a massive Buzzsaw to their craft’s prow, allowing them to run down infantry. 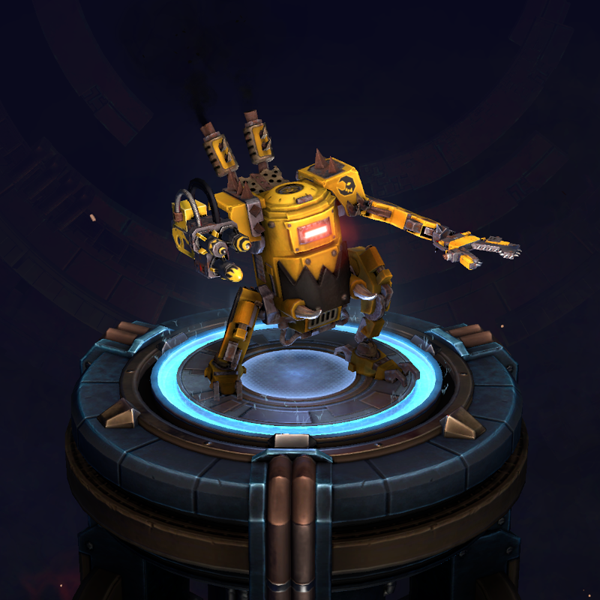 Piloted by Gretchins, these mech units make up for their lack of speed by dishing out heavy damage. Long ranged walker units armed with heavy weaponry, Killa Kans slowly generate rokkits which can be unleashed upon foes in rapid bursts. As well as being able to fire several rokkits in succession, Killa Kan’s Loot also allows the unit to temporarily increase the number of rokkits it can store. 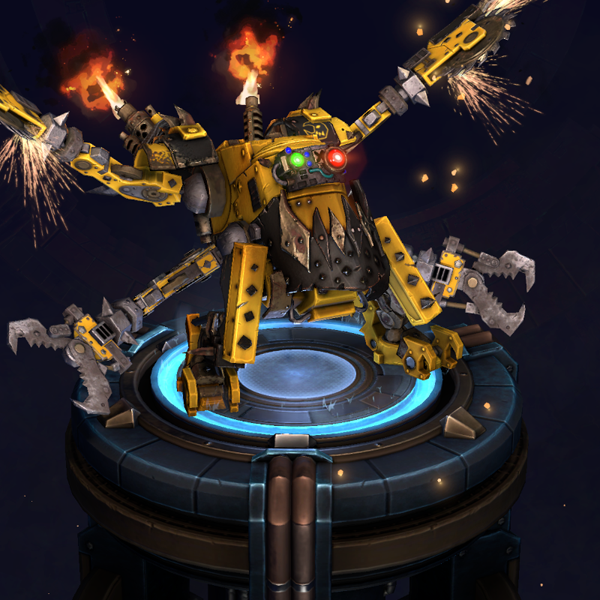 These cybernetic walker units represent the pinnacle of Ork engineering. Employing similar technology to the Space Marines’ Dreadnought, these large deadly melee machines require an Ork host to be wired into a Deff Dredd in order to pilot it. Armed with gigantic Choppas, a charge from a Deff Dread can do devastating damage, instantly slowing the enemy squad. These Ork walkers are even deadly in death, with a Deff Dread causing damage over time where they were slain. Although they might not be well equipped to deal with long ranged fire, their Loot grants them a Shield which also increases their speed, helping them to survive a little longer. 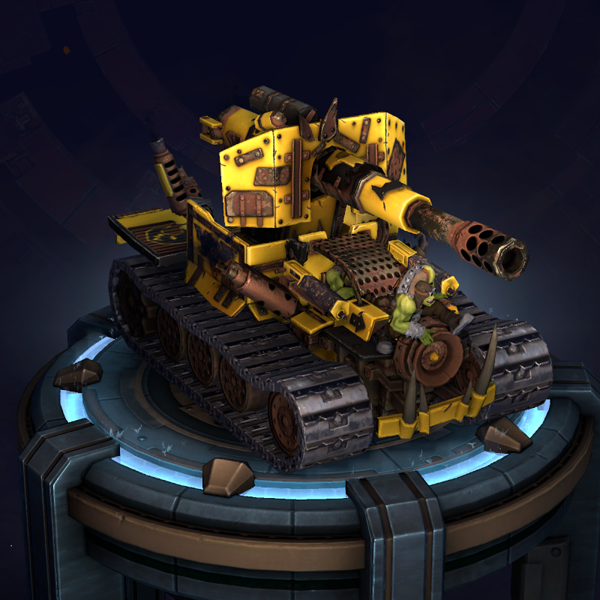 This variation on the Trukk holds massive weaponry rather than troops. Considerably slower than their transporting cousins, these hulking vehicles instead lay down artillery fire on distant foes. While their trakks make them durable, the huge Supa Kannon requires time to set up before firing on its enemies. The Big Trakk’s Loot ability makes them even more deadly, giving it the option to lay mines with its ranged attack, blowing up the unsuspecting victims who happen to trigger them.