What are units? Why are some of them Super? Wait … it’s an Elite but it’s also Super? Help me, Relic!

WHAT ARE SUPER UNITS?

Both Elites and Super Units are selected before the game starts and are deployed using Elite Points, which are earned during the match. In general, Super Units have more health than Elite units, but are also slower and require more forethought when it comes to positioning. Super Units land on the battlefield in spectacular form, announcing their arrival so that your allies can aid you in battle … or so your enemies can ready their retaliation.

Spend your Elite Points to deploy multiple Elite units or a single, more expensive Super Unit – that’s the difference between spreading out your strength or putting all your bitz in one basket. That choice may be influenced by a number of other factors – playstyle, army composition, map, match length, or the actions of other players in the game. One tactic is no more viable than the other, so long as you back up your choice with copious amounts of firepower! 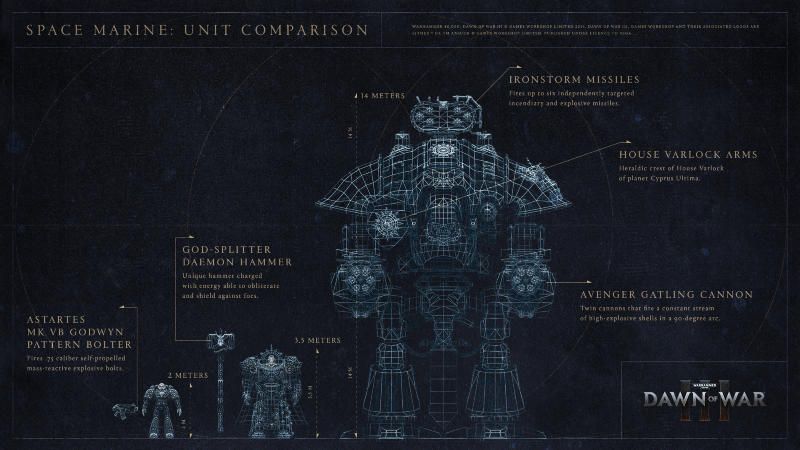 WHAT ROLE DO THEY FILL? 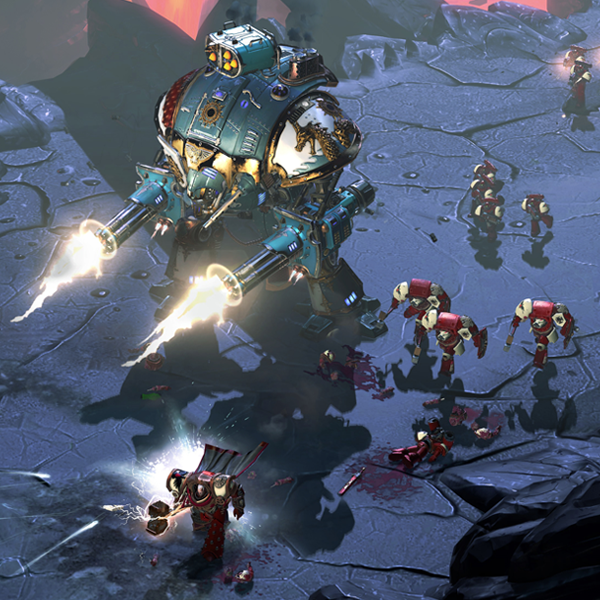 Solaria in Dawn of War III

Super Units provide overwhelming momentum to your late game strategy, but they are still susceptible to well-timed counterplay. That is, deploying Solaria onto the battlefield won’t automatically turn a fight in your favor. Without allied support to ward off enemy anti-armor units, she will be vulnerable to their attacks. Successfully countering an enemy Super Unit isn’t only about army composition - it is also achieved with smart battlefield strategy. Solaria is vulnerable to slow-moving, but high damage abilities such as Orbital Bombardment, and a well-timed stun or shield can negate the effects of her Gatling Barrage.

But when Super Units are deployed in the right place at the right time, they are a merciless force to be reckoned with. Imperial Knights are known for being as close to a one-man (or woman!) army as you can get, and Solaria is no exception. With devastating Ironstorm missiles and Avenger gatling cannons at her behest, Solaria excels at sieging the opposition. She provides area of effect damage from a reliable distance, which decimates the opposing battlefront enough to clear a path for your allies to charge their suddenly defenseless back line. She can also use the same tactics to split enemy formations or pick off vulnerable squads as they’re retreating.

There isn’t always a clear choice when it comes to fielding Elite units versus Super Units, but understanding the subtle nuances between these choices is what separates the good players from the great ones.

Want to know more about Imperial Knight Solaria? Stay tuned on our blog for our upcoming unit spotlights! Which Super Units would you like to control in Dawn of War III? Let us know here!