The Adeptus Astartes, also known as Space Marines, are the Imperium of Man’s most fearsome soldiers. Though few in number, the Space Marines are so efficient that they perform the Imperium’s most vital missions. 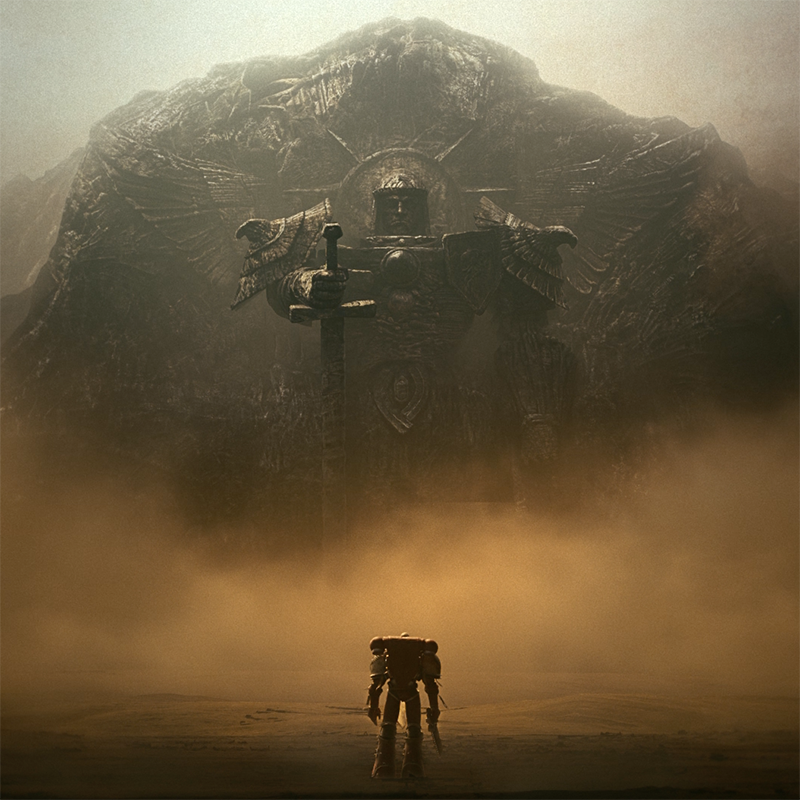 The God-Emperor of Mankind

Using his own DNA, the Emperor of Mankind created the Primarchs to help lead the Imperium. After they mysteriously vanished, the Emperor created the first Space Marines from the Primarchs’ remaining genetic material. Engineered to be stronger and more intelligent than any normal man, they found a place in the Imperium’s military ventures. Organized into Chapters, the Space Marines have established their own distinct hierarchy and traditions.

In present day, promising recruits undergo a gruesome set of trials in order to become Space Marines. In addition to hypnotherapy, psycho-indoctrination, and chemical treatment, Space Marines are also implanted with 19 different organs. These organs grant superhuman qualities such as instant scarring, poison immunity and a fused ribcage that acts as an internal shield.

The Dawn of War series follows the Blood Ravens, a chapter led by Gabriel Angelos. Proud yet protective, Angelos still harbors guilt over the destruction of his home planet Cyrene - having given the Exterminatus orders himself.

Gabriel Angelos has orchestrated some of the most notable battles in Blood Raven history. He has stood against the Forces of Chaos, a Tyranid invasion, and even the potential Exterminatus of the Blood Ravens’ recruiting grounds in sub-sector Aurelia. During the most treacherous battle for his Chapter, Angelos had to root out the poison of Chaos and betrayal from within his own ranks.

The Chapter Master of the Blood Ravens will be making an appearance in Dawn of War III, where the threats he faces will be unlike anything he’s seen before.

“With high health and a wide array of specialty units to choose from, the Space Marines can turn the tides of battle with just a few squads.”

The Space Marines are a powerful army that excels at facing a variety of threats . Although there are fewer units in a Space Marine army compared to their foes, their impact on the battlefield is unmatched. With high health and a wide array of specialty units to choose from, the Space Marines can turn the tides of battle with just a few squads. But because they are so effective, they are also costly to produce; keep a close eye on your resources! Due to the army’s versatility, the Space Marines are well equipped to swiftly adapt to your enemy’s strategy in order to press an advantage.

What tactics do you use when playing a Space Marine army? Hop into our forums to discuss!