Here's the full list of Eldar line units! Which Craftworld will you fight for? 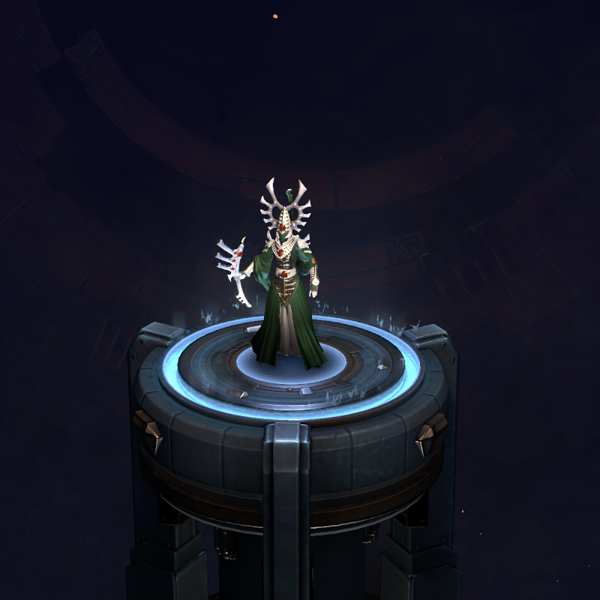 Bonesingers are the prime engineers of the Eldar. Using a combination of psychic ability and the power of the warp, they can summon the versatile material of Wraithbone at will, using it to construct and repair all manner of vehicles and structures for their army. The Bonesinger’s psychic powers can also be put to other uses, allowing them to teleport to a target position and even to detect hidden enemies. 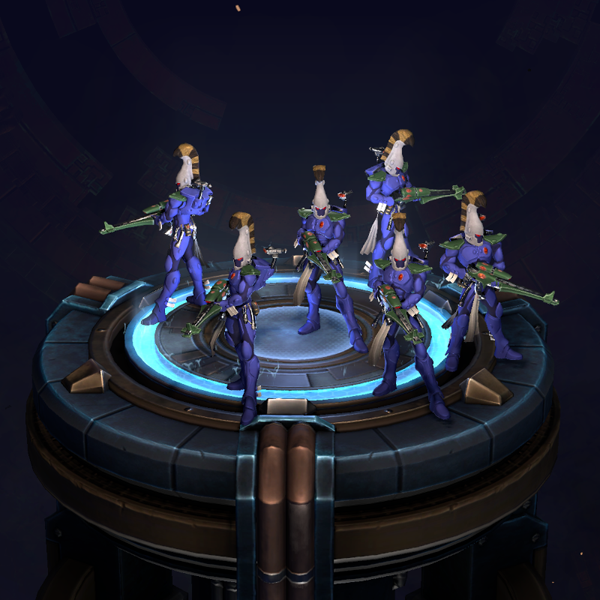 These battle-tested, ranged infantry units are fearlessly devoted to the Eldar cause. Renowned for showing no mercy to their enemies, these tactically flexible soldiers are a vital component in any Eldar force. Dealing damage in bursts, these noble warriors can also throw grenades at unsuspecting foes – causing devastating damage and inflicting knockback on their prey. 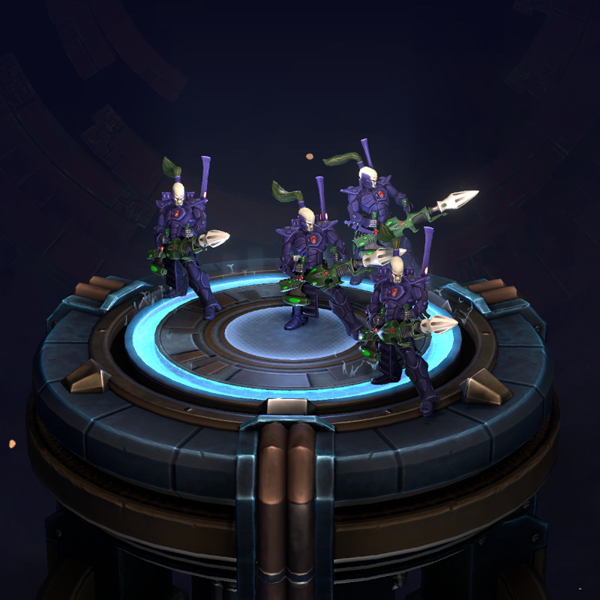 In a tribute to the Eldar god of war – Kaela Mensha Khaine - these terrifying warriors wear a skull-shaped mask when roaming the battlefield. Opting for heavy armour and even heavier weapons, these fearsome units can deal serious damage in a circle around their target. While formidable, the only drawback to the Dark Reapers is that their heavy weaponry needs to be set up before firing. 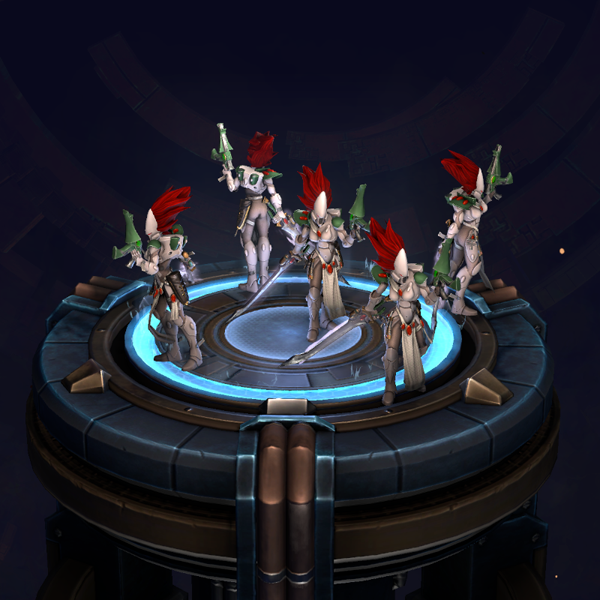 The Howling Banshees are the renowned and feared all-female warrior squad. While they may be lacking in brute strength, these deadly melee specialists more than make up for it with their astonishing speed and efficiency.  Known for their blood curdling, psychosonic war cries, a charge from a group of Howling Banshees can terrify nearby enemy squads, inflicting slowdown upon foes unlucky enough to get too close. Fast learners, these adept soldiers can also be upgraded to charge in a specified direction, causing damage to unsuspecting enemies. 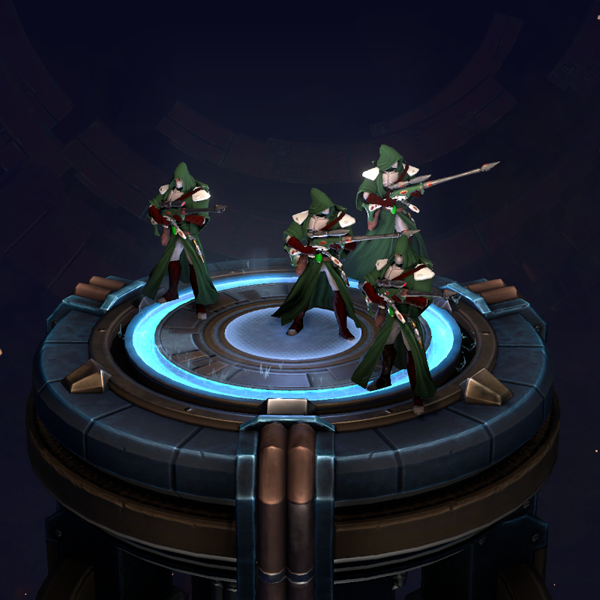 As the scouts of the Eldar army, these long ranged units are masters of stealth. Famous for their well-honed survival skills, these mysterious marksmen often go to great trouble to conceal themselves. Armed with hefty Long Rifles, these units need to find a suitable position and take aim before firing upon their prey. If trained correctly, Rangers can unlock an upgrade that enables them to locate a previously hidden target. 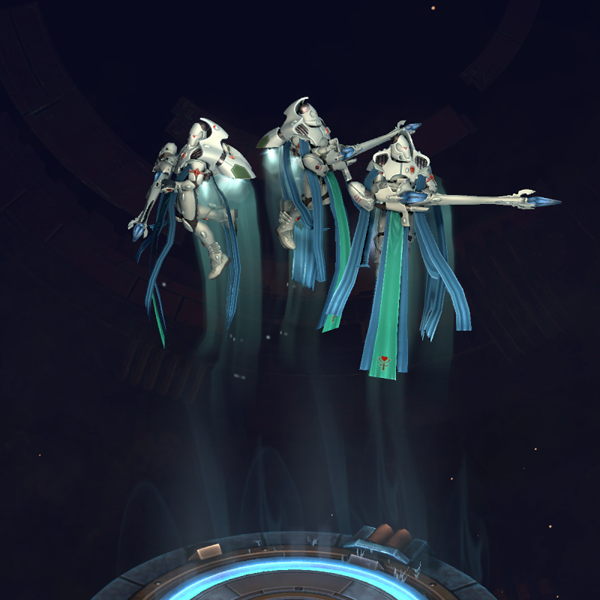 These heavily armed infantry units pack almost as much of a punch as the signature Eldar tank. Fashioning the Fire Prism’s gargantuan cannon into the more portable Prism Rifle, these jet-pack equipped soldiers are masters at taking out enemy vehicles. Known to carefully conceal themselves and fire at vehicles from range, this is a unit that benefits from relentlessly pursuing the same target.

When Shadow Spectres continuously unleash their Prism Rifles on a single opponent, the damage they deal to them increases over time. While the Prism Rifle is highly deadly in most situations, this impressive weapon deals even more damage to enemy skimmer units. 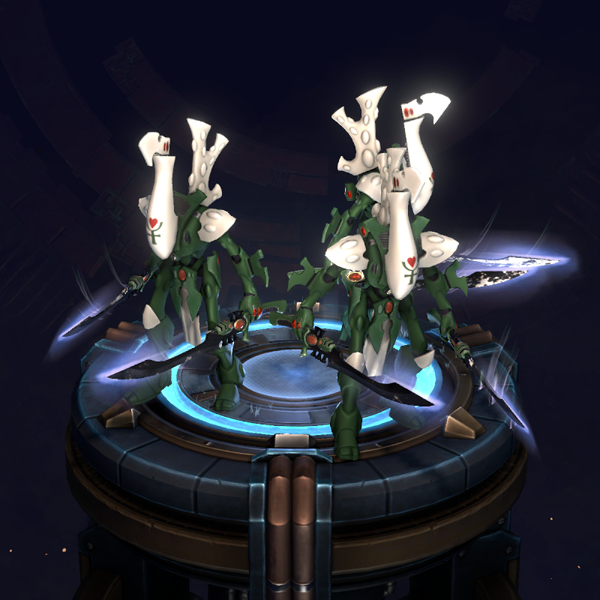 Considering the size of these hulking walker units, these pilot-less mechs are capable of carving up their enemies with surprising grace and a deeper rage within. Unlike other combat walkers, Wraithblades aren’t controlled using cybernetics, as their shells are fused with a spirit stone containing the soul of a fallen Eldar warrior. Armed with huge blades known as Ghostswords, a charge from one of these heavy melee infantry units will slow an entire enemy squad.

Thanks to the hero’s soul within, these giant walkers are surprising agile, allowing them to swiftly dash towards far away targets. Due to their fame as warriors, Wraithblades can also taunt their enemies. If the tide of battle begins to turn, they can even teleport themselves back to the safety of an Infinity Portal in the midst of battle. 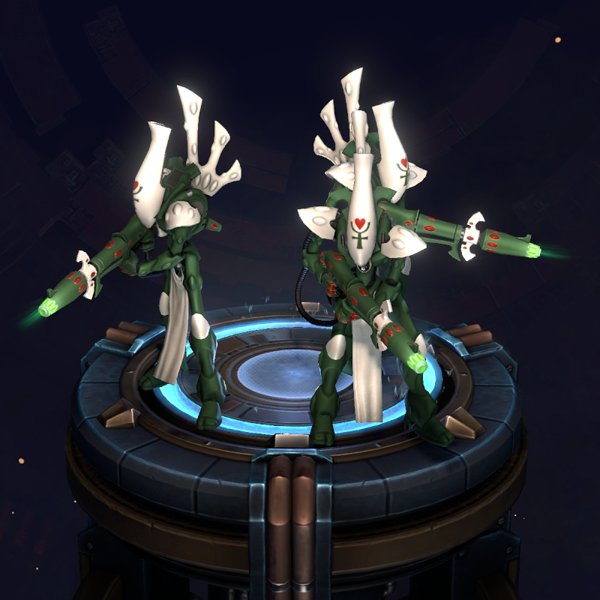 Much the same as their Wraithblade kin, these towering heavy infantry robots also bear the soul of a hero skilled in ferocious ranged attack. While this certainly makes them a formidable foe, their cannons need to be charged before they can fire. This makes the Wraithguard an ideal unit to provide supporting fire from a distance. Thankfully, the Wraithguard can be recalled to an Infinity Portal if they find themselves fighting a losing battle. 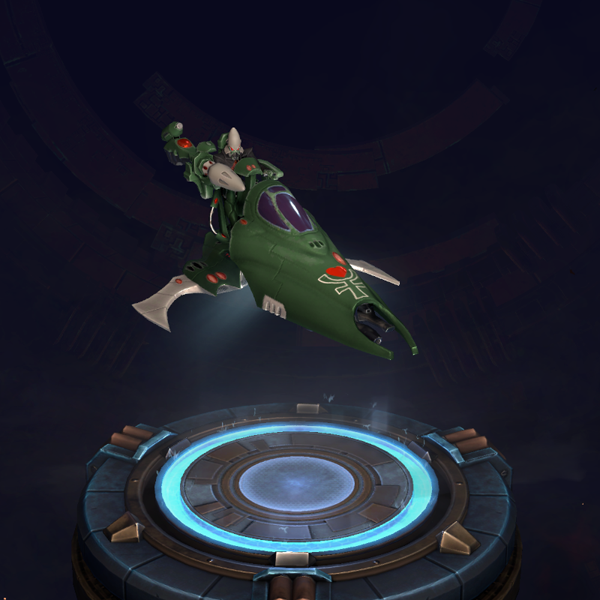 The Vyper is a sleek, two-person jetbike that can deal damage to its foes from a distance. Seating both a gunner and a pilot, Vypers are lightly armoured to keep them quick, yet come mounted with an impressive array of weapons - including a Temporal Bomb. As well as being able to fire upon foes from a decent range, Vypers are also armed with a weapon that can slow down nearby enemies. 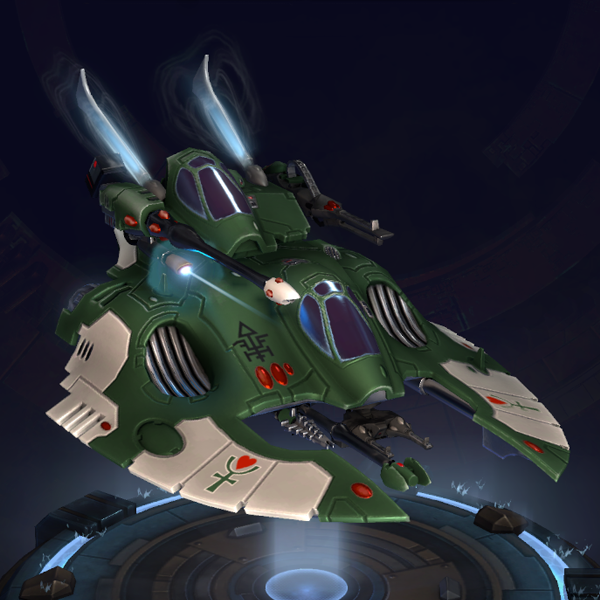 These striking blade-shaped tanks are just as deadly as they are beautiful. Hovering along the ground, these versatile anti-grav vehicles pack a punch, dealing ranged damage to both infantry and vehicles alike. What lurks within, however, could be even more deadly – as these ranged transport skimmers can house several troops, and they can reinforce all nearby squads. 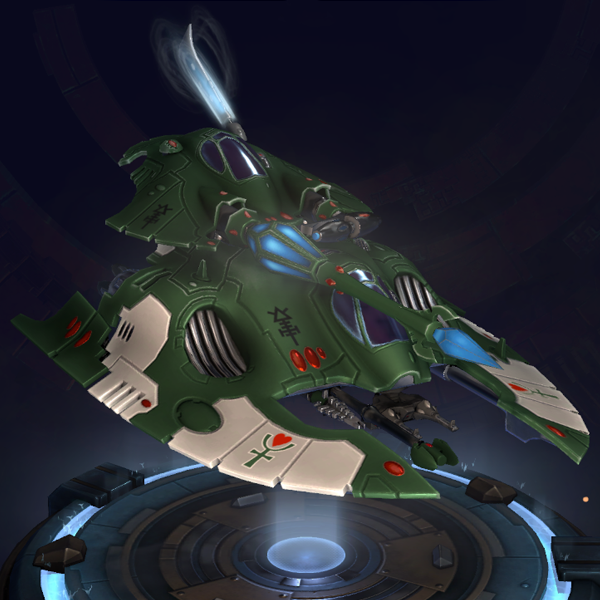 Based on the design of the Falcon, the Fire Prism sees the Eldar swap troop transportation capabilities for raw firepower. This deadly anti-tank destroyer houses a huge crystal-powered weapon mounted on its turret - the Prism Cannon. Capable of mass destruction at a long range, this versatile skimmer triggers a delayed explosion with a single blast of its cannon, which is also effective against infantry. Foes unlucky enough to be caught in its range will take mass damage, experiencing knockback.